For a long time, science and medicine believed that ingesting coffee, or more accurately the caffeine in coffee, would have an adverse effect on a person’s health.

Of course for the majority of us, these claims had little effect. 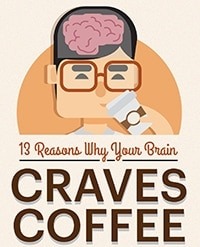 We are a coffee drinking nation and we continued to enjoy our favourite beverage.

The good news is we no longer have to justify drinking coffee to ourselves. Recent research carried out by many independent medical professionals from universities and health care institutes has shown that actually, caffeine has many benefits to our bodies and minds.

The caffeine present in our daily coffee can help us to live longer, have more mental ability and focus, fight depression and even help us to lose weight. What’s not to love about the nation’s favourite drink?

If you've ever wondered "Why am I craving coffee, is this healthy?" Then worry not! Here are 13 reasons why your daily fix is actually a good thing!

Health Tip: Go for a coffee with no cream and no sugar! Always brew your own coffee rather than going out. It's cheap as well as healthy. Here is our list of best coffee makers.

To add this infographic to your website/blog, simply copy the code below and paste it into the HTML of your blog or website:

Read on to discover how medical professionals and scientists across the world have taken an about turn on their stance on caffeine. More and more research is carried out which proves that caffeine is more of a friend than an enemy. 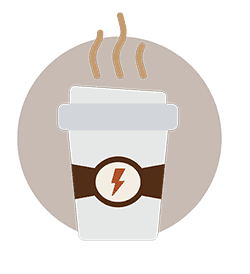 Caffeine can boost our energy levels by affecting the adenosine receptors in our brains. These receptors bind within our neural membranes which slows down our neural activity and in turn makes us feel tired.

When we ingest caffeine, this instead binds with our neural membranes leaving less room for the adenosine receptors to make contact, therefore, stopping us from feeling tired.

Caffeine also causes our pituitary glands to kick in. This in turn affects our adrenal glands. When stimulated, our adrenal glands produce adrenalin, commonly known as the fight or flight hormone, which gives us a burst of energy. 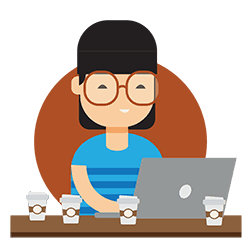 A study carried out by medical researchers at Harvard University over a period of twenty-four years has shown that the risk of depression in women is significantly reduced by ingesting caffeine.

This study measured the daily caffeine intake of 50,739 women and compared this with their depression levels using the Cox proportional hazards regression model.

Although Harvard are quick to point out that further research is required in this area to fully validate their findings, early conclusions suggest that a higher caffeine intake does indeed reduce the risk of depression, and by association suicide, in women.

Although we will find that some DNA strands break naturally and our bodies repair them, it isn’t always that simple.

For example, a double strand break can cause a toxic legion which in turn can mean your body begins producing mutated cells which are often cancerous.

Naturally, this is something that we want to avoid and a recent study by the European Journal of Nutrition has shown that caffeine strengthens DNA strands and helps to prevent dangerous breakages.

The results showed that DNA strand breakages increased slightly in the control and decreased significantly in the test group. So much so that there was a 27% difference between the two groups. The test conclusively proved that caffeine can help to stabilise the integrity of DNA.

Caffeine consumption can help to curb cravings and supress your appetite.

When coupled with the energy boost that means you can still exercise, or at the very least go about your day, with no adverse effects or sluggish feeling, this can greatly help anyone who is trying to maintain a healthy weight.

The Griffith University in Australia is currently researching this area. Participants are given a drink with breakfast and another two hours later, and their feelings of hunger or fullness are monitored over a four to five-hour period after ingestion.

The trial is still in its early stages and more research is being carried out, but early results suggest a definite trend between consuming caffeine and keeping cravings at bay. 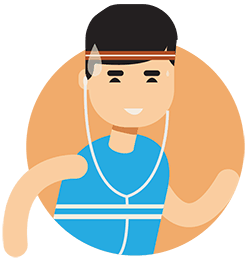 The American Society for Clinical Nutrition conducted research where they aimed to prove that caffeine stimulates thermogenesis in humans.

Thermogenesis is, at base level, the production of heat. This heat then helps your body to burn calories faster. It is enhanced by exercising, and if you combine exercise with caffeine, the effects are even more noticeable. 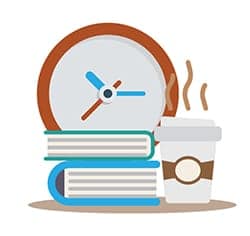 A 2005 study conducted by researchers at the Medical University of Innsbruck in Austria showed that caffeine promoted an increase in brain activity in this area using MRI scans. Although the study’s results were unclear as to how long this effect lasts, even a short time boost on your focus can really help you to be more productive when learning, designing or writing for example. 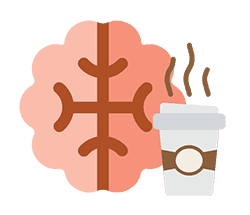 How caffeine affects your central nervous system has long been one of the main points that has lead, in the past, to researchers claiming that caffeine can be harmful.

The central nervous system can be affected by caffeine by causing a mobilisation of intercellular calcium and an inhibition of essential phosphodiesterases.

However, in more recent research, the National Institute of health has discovered that for caffeine to have the effects described above, it would have to be consumed in much larger quantities than are physically possible by consuming caffeine in the regular way.

When consuming caffeine in the regular way, e.g. through coffee, energy drinks and naturally occurring caffeine, it activates non-adrenal neurons and stimulates the brain’s production of dopamine and serotonin through the methylxanthine present in the caffeine.

In simple terms, the release of these hormones can make you feel happy and have a positive effect on the brain’s capacity for learning and memory. It can also improve your co-ordination and your body’s performance.

8. Caffeine Could Be a Life Saver 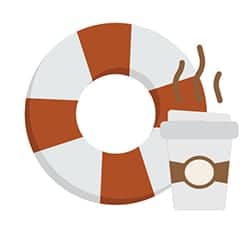 As we have already discussed, caffeine consumption can lower your risk of depression and suicide and also help to maintain a healthy weight meaning you are less likely to die from obesity related diseases such as diabetes. Your risk of liver disease and cardiovascular disease can also be reduced by regular caffeine consumption.

A 2005 study, published in the AHA Journal, showed a direct correlation between drinking coffee and living longer.

The study, carried out on just over two hundred thousand people, found that drinking one to five cups of coffee per day could lower your risk of early death by up to 15%. 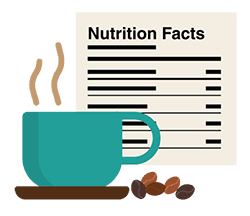 Although caffeine can be consumed in many forms, most of get our daily fix from drinking coffee. Coffee doesn’t just contain caffeine — it contains a whole range of other minerals and compounds that make it one of the healthiest drinks to consume.

It is full of natural anti-oxidants which can help your body function in a healthy manner.

It also contains cafestol and kahweol, both diterpenes, which can have a positive effect on your cholesterol. Depending upon your current cholesterol levels, this may or may not be a good thing, and if you are concerned about your cholesterol levels being affected in an adverse way, Harvard studies show that by using filter papers, you essentially remove the compounds from your drink, although more research is needed in this area.

10. Caffeine Reduces the Risk of Some Diseases 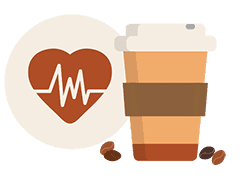 Caffeine consumption has been clinically to proven to reduce the risk of:

Alzheimer’s Disease/Dementia: The National Institute of Health carried out numerous CAIDE studies. In three out of every five studies, results indicated that drinking three to five cups of coffee per day reduced the risk of Alzheimer’s Disease and Dementia by 65%.

Heart Disease: Studies carried out by the American Heart Association have found that one to two cups of coffee a day can perhaps reduce the risk of Heart Disease. They do point out that some results were conflicting, but as there’s no adverse effect to drinking coffee in moderation, they advise it is good practice.

Gout: A study carried out on 46,000 men by health officials found that the effects of caffeine on warding off gout are very significant. While drinking one to three cups of coffee per day only reduced the risk by 8%, this figure shot up to a massive 40% less risk of gout in those who drank three to five cups a day. And for those drinking six or more cups of coffee a day, the risk of contracting gout is reduced by 60%.

However, the results of the studies are only conclusive for men, and more research needs to be carried out to find out if there is any link for women.

11. Caffeine Brightens Your Mood and Vigilance 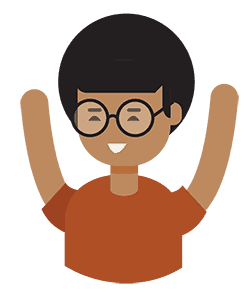 As we discussed earlier in this article, caffeine consumption increases your brain’s production of dopamine (the happy hormone) and serotonin. These hormones combine to raise our mood and give us a boost of energy, which in turn boosts our mood.

The results in the pleasure centre of our brains is similar to a sugar rush, but without the energy slump that comes from over consuming sugar.

Recent research at John Hopkins University found a direct positive correlation between caffeine consumption and short term memory. This can be invaluable for anyone who is studying.

The next day, participants were tested to see how many of the images they remembered. The group who received the caffeine tablets performed significantly higher than the control group.

Any students who there who are currently cramming for exams should definitely get some caffeine in their system directly after studying!

13. Coffee Is One of Biggest Source of Anti-Oxidants 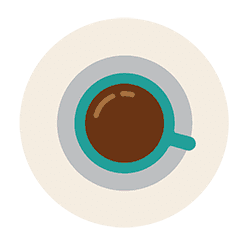 As we mentioned earlier, coffee contains a huge range of anti-oxidants. These anti-oxidants can help to protect your body from free radicals which many medical experts believe can cause cancer and other diseases.

Coffee is one of the healthiest beverages on the planet. Period. No need to worry about your coffee cravings! 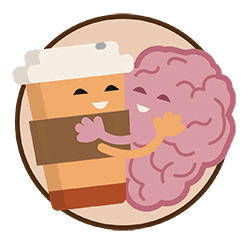