If you’ve ever thought to yourself “Man, I really wish this coffee had a bigger, better caffeine boost”, you’re not alone. Lots of us finish our mugs and crave more caffeine—we’ve got long workdays, after all.

This is the problem Death Wish Coffee claims to fix with “the world’s strongest coffee”. We couldn’t help but wonder if it’s too good to be true, so we ordered some ourselves to try for an in-depth Death Wish Coffee Review.

Is Death Wish Coffee a delicious, safe, and practical high caffeine coffee? Do the beans stack up to the claims? Is the extra caffeine really there naturally, without additives?

We found answers to these questions, so let’s dig in. 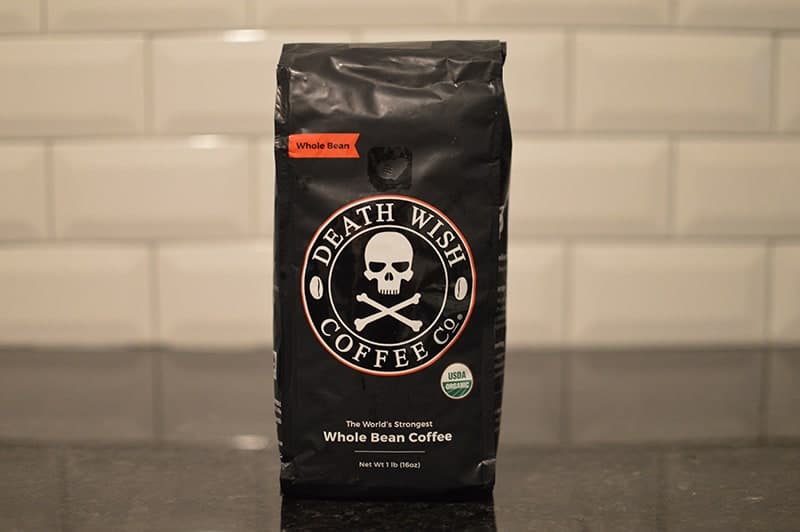 The company uses a mixture of arabica and robusta beans from India and Peru (usually, depends on the year’s crop) to create their signature blend. They then roast them at a french roast level to bring out those extra-bold flavors.

Reviews from customers online tend to echo these benefits. People love the extra boost they get from the beans, but we didn’t want to only taste it and see how we felt. We wanted to get into the actual science behind the beans.

And what we discovered was pretty interesting. 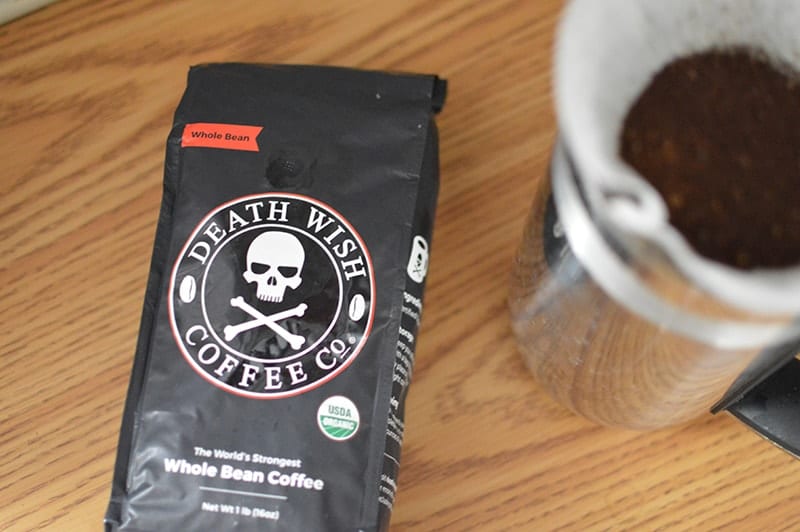 Here’s How Much Caffeine Is In Death Wish Coffee

All caffeine claims are just estimates. Every bean has a slightly different caffeine content, and sometimes even the way you make the coffee can have an impact.

On average, Death Wish Coffee has 60mg of caffeine per fluid ounce. If you drink a standard eight-ounce mug, that’d be 480mg.

This is a lot of caffeine. Here’s how it compares to other brands and beverages.

As you can see, Death Wish Coffee has almost 3x the amount of caffeine as Starbucks, which confirms their claim of “200% more caffeine” on their website.

But does it really matter? How big of a deal is that extra caffeine?

How Much Caffeine Is Too Much (Are There Health Concerns)?

According to the 2015 to 2020 US Dietary Guidelines, coffee is healthy—in moderation. The report says that roughly 400mg of caffeine can be incorporated into a healthy diet.

The Food And Drug Administration claims that 600mg of caffeine should be the most anyone drinks in a day. So if you drink just one 8-ounce mug of Death Wish, you’re already hugging the ceiling of what’s recommended, and 12 ounces should really be the max.

Going over this limit is when people start to get jitters and a bit of anxiety, so we don’t suggest that.

We Tried Death Wish Coffee… Here’s How It Went

We brewed a few cups of Death Wish Coffee, but our favorite was with our Hario V60 pour over coffee maker. We used 26g of coffee and 450ml of water—enough for the two of us to taste—and brewed with precision and care.

Here’s how it went.

When the hot water first hit the coffee grounds, we were hit met with a big wave of bold, earthy aromas. The room was completely filled with the smell, and it was heavenly. As we poured the coffee into our mugs, a subtler, sweeter aroma appeared.

The first sip caused quite a jolt, with rich flavors of earth, spice, and dark chocolate. This coffee is very strong. As we recovered from the initial shock of boldness, we started tasting a deep sweetness, like a dark cherry. It wasn’t very powerful—just enough to round out the bolder flavors.

There was a slight bitterness—it’s impossible to avoid with a french roast—but it wasn’t bad. In fact, it seemed to fit, like it was meant to be there to enhance the darker flavors. To round off the experience, another rich wave of aromas hit our retronasal receptors as we swallowed the coffee.

Even before we finished our mugs, we could feel our energy being renewed.

The Positives of Death Wish

We could pretty easily tell why Death Wish Coffee has become so popular. Here are some of the benefits that stand out to us. 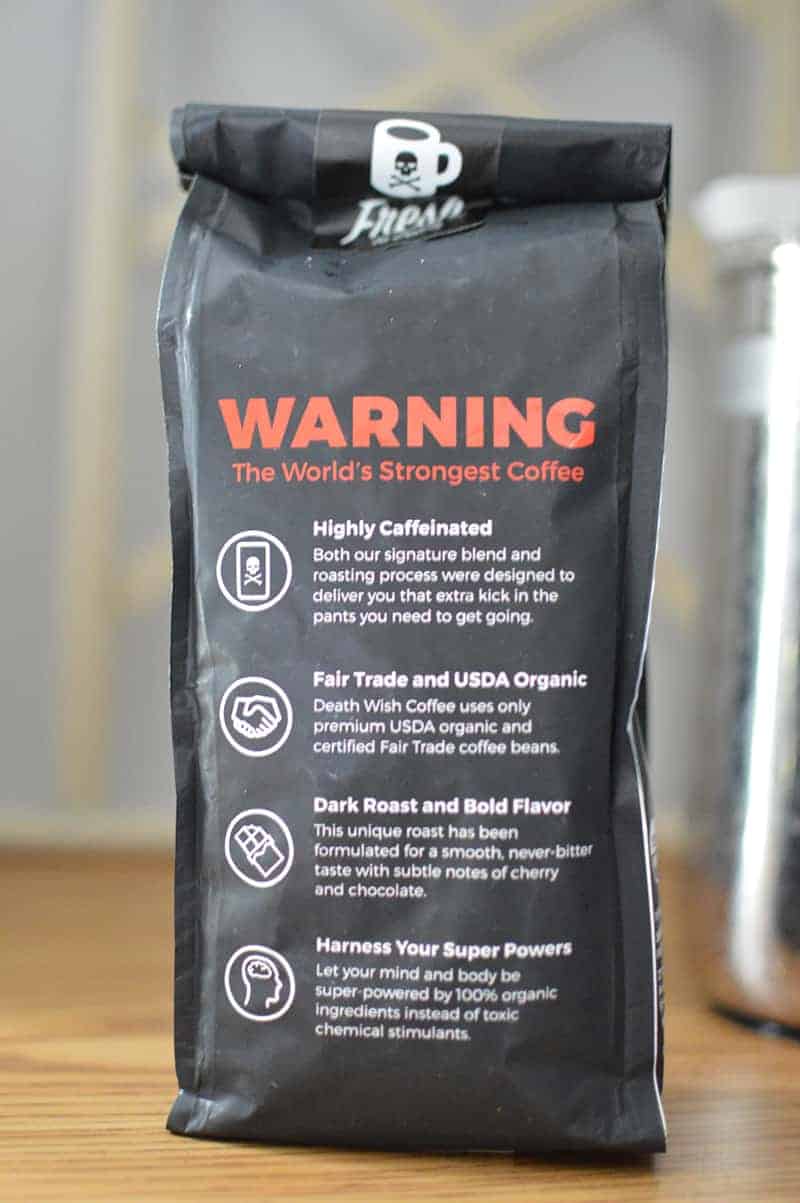 The Negatives of Death Wish

Even though we had a good experience, Death Wish Coffee isn’t for everyone. Here are some of the downsides we think it’s important to be up-front about.

These negatives are notable, especially because it’s your health we’re talking about. If you’re sensitive to caffeine or tend to drink late night cups, you may not be a great fit for this brew.

The Verdict: Is Death Wish A Tasty, Safe, And Practical High Caffeine Coffee?

We tend to start out from a point of skepticism when it comes to big claims like those from Death Wish Coffee. There’s a lot of gimmicky marketing in the world and we don’t want to be tricked by it—we want to see right through it. So here’s where we land on Death Wish…

Death Wish Coffee is a fantastic high caffeine coffee, but that doesn’t make it a great fit for everyone.

Allow us to explain. 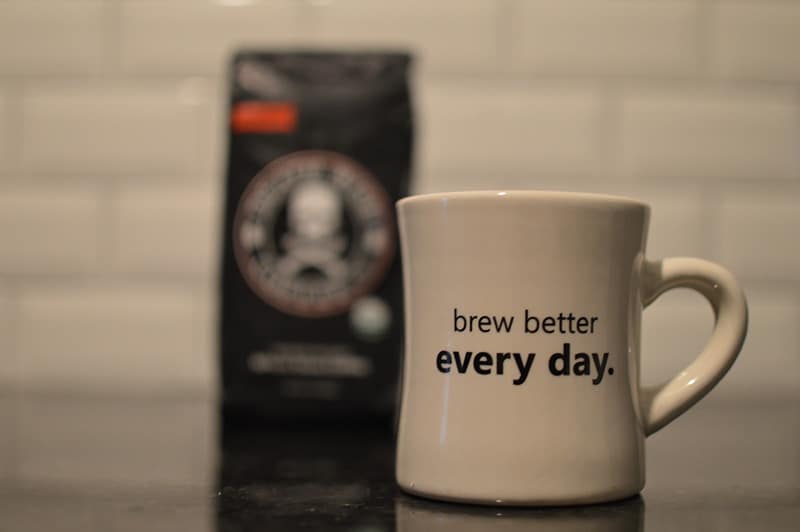 At 55mg per fluid ounce, Death Wish is insanely strong—both in flavor and in caffeine. However, not everyone needs this amount of caffeine. For the average coffee lover who actually likes multiple cups of coffee throughout the day, Death Wish is probably just too much.

It’s also great for getting your daily caffeine without spending much on beans. The price is fairly modest, and since the beans can go so long, you don’t have to use as much of them, which means it can help you save money.

If you’re curious about whether Death Wish Coffee is a good fit for your lifestyle, definitely check out the website to learn more (they’ve got some great articles and specials).

Death Wish Coffee is the best known high caffeine coffee out there, but it’s not the only one. Here are a few other coffee brands that are making waves in the strong coffee sub-industry.

This company also claims to have the world’s strongest coffee, but they actually land right next to Death Wish Coffee. Official tests put it somewhere between 50 and 60mg per fluid ounce.

This UK-based company features robusta beans from Rwanda that have a stunning 90mg per fluid ounce. That’s an insane amount of caffeine per cup of coffee.

CaffeineInformer names this coffee the “World’s Most Deadly Coffee”. Coming in at 129mg per fluid ounce, you’d be pretty crazy to drink this one. One 8-ounce cup already puts you past the upper limit that’s suggested by the FDA. We can’t really imagine what that caffeine boost feels like… and we’re not sure we really want to know.

So what’s next for you? Going to give Death Wish Coffee a go or want to try out another high caffeine coffee brand? We’d love to hear how it goes—let us know! 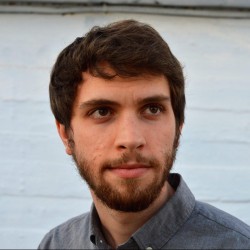 Garrett Oden is a coffee expert and former manager of Yellow House Coffee, TX. He loves exploring the intersection of food, cooking, and technology. When he's not writing about a cool new gadget or coffee, he can usually be found experimenting in the kitchen.