Almost all cafes in the world stock their menu with the usual espresso drinks—Cappuccinos, Lattes, Americanos, etc. We have all heard of these drinks. They come in all shapes and sizes. Some are even customized with chocolate powder, syrups, cinnamon, or even matcha tea.

But what if there was an espresso drink with Spanish and Portuguese roots that mixes the best of pure espresso with the silky velvety mouthfeel of steamed milk? That is the Cortado!

This simple mix of espresso and steamed milk is sure to perk your day up! Whether you’re new to espresso and want to try a new drink, or you’re already stocked with the latest espresso machine and coffee grinder, this drink is perfect for you.

Whether you have traditional tastes or modern ones, this article will show you how to make an amazing Cortado at home!

What Is a Cortado?

The Cortado has roots all the way back to the countries of the Iberian Peninsula—Spain and Portugal. Coffee aficionados debate as to which specific country the drink originated from.

What we know is that the name Cortado originates from the past participle of the Spanish verb cortar (“to cut”). Spanish drinkers at the time would ‘cut’ the acidity of their bare espressos with the sweetness and body of warm milk.

Traditionally, Cortados are made in a 1:1 ratio of espresso to steamed milk. This gives the drink its character caffeine kick.

Over time, the Cortado’s ratio has been tweaked by cafes and coffee bars around the world. The modern interpretation of the drink has ratios that vary from 1:1 to even an abundant 1:3. Cafes upped the amount of milk in their Cortados to conform to changing tastes at the time—things were getting sweeter.

How to Make a Cortado

Before we go into making the drink, we need to make sure that we have all the materials ready.

Being a mix of espresso and steamed milk, one would need a machine that makes espresso and a milk frother/steamer.

What is important is that we get a good quality espresso shot for our Cortado.

You can opt for a pod machine to make your espresso. Pod machines get a lot of flak nowadays due to their seemingly “too-simple” process in making drinks. But pod machines can make great espresso.

Machines like the Nescafe Dolce Gusto/Genio 2 or the Nespresso Vertuo can make great espresso shots in seconds. What they lack in coffee grind quality and control are redeemed in the total ease of use in making great shots.

A single/double boiler espresso machine is the best investment you can make if you’re creating a Cortado. This machine will let you make back-to-back espresso shots and steam milk at the same time. Machines like the Breville Barista Express combine the features of a single boiler espresso with a built-in espresso grinder.

If you have a Keurig, follow this guide to make an espresso.

If you have either a pod machine or manual/lever espresso machine, then you’d need a separate tool to make your steamed milk.

Of course, the other important aspect of a Cortado is steamed milk. You can get a quality milk frother (or an espresso machine with a steam wand) to get that silky velvety froth on your milk.

Automatic milk frothers, like the Breville BMF600XL Milk Frother, heat and consistently steam your milk. There is no need to control or manipulate the frother. It does everything for you!

Although the Cortado is as simple as making an espresso shot and adding steamed milk into the glass, it is important to be specific about the process to ensure consistent and quality Cortados!

If you are working with either a manual/lever espresso machine or a single/double boiler espresso machine, you need to first grind the coffee at the appropriate ground size before making the shot. Espresso shots thrive on pressure. It is important to grind fine for consistent espresso.

Try to aim for a 1:2 espresso ratio—one part ground coffee in and two parts espresso shot out. The process of the water hitting the coffee bed and yielding your shot should happen within 25-30 seconds.

If you’re using a manual/lever machine, aim for 6-9 bars of constant pressure, if the machine comes with a pressure gauge.

For pod machines and manual/lever machines with separate milk frothers, steaming and frothing the milk is as simple as adding milk and turning the machine on. At the end of the heating cycle, the steamed milk should look like wet paint.

When using single/double boiler espresso machines with steam wands, place the tepid milk just above the steam wand in the first few seconds of steaming. This aims to add the number of bubbles needed to make the silky foam. After achieving the foam, dip the steam wand under the milk to heat it.

If there are large bubbles after steaming the milk, just tap the bottom of the milk pitcher on a flat surface. This will break up the large bubbles and give you consistent foam.

Watch this tutorial to learn more about getting your milk steaming game on!

Mix the Espresso and Steamed Milk

With both the espresso and milk ready, now it’s time to add the two together.

The ratio of espresso to milk can be adjusted to your taste. For traditionalists, and those who want a more intense coffee taste, the amount of steamed milk is equal to the amount of espresso.

If you enjoy milky drinks, then you can up the amount of steamed milk to 2 parts of the espresso.

Adding Latte (in this case, Cortado) art will definitely up your espresso game.

For beginners, we suggest using the 1:3 espresso to steamed milk ratio to give the most leeway in practicing your art.

If you’re an experienced ‘coffee artist,’ the 1:1 ratio should suit you just fine.

Is Cortado the Same as a Gibraltar?

Some specialty coffee shops label their Cortados as ‘Gibraltars.’ To an aspiring coffee geek, this might seem like a major transgression. But this is totally normal (and legal).

Cortados are usually served in a short glass cup named a ‘Gibraltar.’ Due to the shape and size of the cup, the glassware has become synonymous with the espresso drink. So much so that some cafes have started calling the Cortado a ‘Gibraltar.’

So if you end up going to a specialty coffee bar soon, and see the word ‘Gibraltar’ instead of Cortado, don’t fret because that is completely okay.

What Is the Difference Between a Latte, a Flat White, and a Cortado?

A Latte is characterized by its velvety smooth milk mouthfeel. This is mostly due to the Latte’s varying ratio of 1:4 to a whopping 1:6 of espresso to steamed milk. The Latte’s popularity can be due to the favoritism some baristas may have for the drink. Because of its higher volume, the drink gives greater leeway for Latte foam art.

Flat Whites were popularized in cafes in Australia and New Zealand. The drink was a reaction to the overly fluffy and milky Lattes at the time. And that’s generally what they are—stronger Lattes. Flat Whites are characterized by their double shot of espresso and have a volume in between that of a Cortado and Latte.

If you’re craving a milky and velvety smooth drink, then go for a Latte! If you want a more nuanced espresso drinking session, a Cortado will do just well. If you’re in the Goldilocks zone of neither too bitter nor too milky, then a Flat White’s got you covered.

What Is the Difference Between a Cortado and a Piccolo Latte?

Some cafes mix up their Cortados with what’s called a ‘Piccolo Latte.’ The Piccolo Latte features a ristretto espresso shot—a shorter cut of espresso. This shorter espresso shot produces a sweeter and more acidic tang to a drink.

Once you’ve perfected the cortado, you may want to make chocolate-covered espresso beans next.

The Cortado is an amazing espresso drink with a rich history. First being made to help cut the acidity of early espresso, to now being enlarged to account for different tastes.

Due to the number of milky espresso drinks on the market, people mistake the Cortado with drinks like the Flat White and the Latte. The differences are subtle but important.

The Cortado is a drink that anyone with the right equipment can make. Whether you own a pod machine or the latest heat exchange espresso machine, the Cortado’s simple yet customizable ratio will surely make it a staple at your home espresso bar. 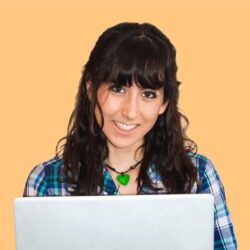 Born in Italy but currently brewing from the UK, Giada is a highly-caffeinated coffee expert with a soft spot for espressos. She worked in cafés for years and has recently fallen in love with the practical Kalita Wave (just don’t tell her Italian moka pot!).