Among Keurig’s wide variety of brewers lie the K200 and K250 (the 2.0 series). Like many similarly named Keurig models, these too, have stirred confusion among buyers who happen to come across them.

We’d have been confused too, hadn’t the experts in our team tested and reported to us.

That’s why we wanted to pen everything down, and point out both the similarities and difference between the two.

And discover what they are. 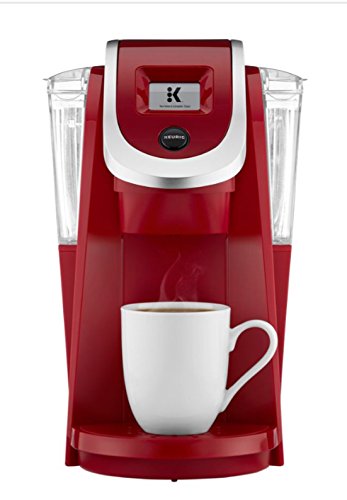 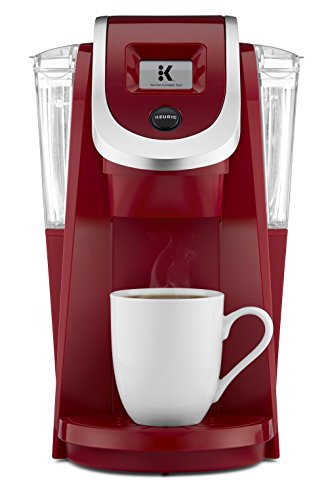 What Sets them Apart?

When Keurig introduced K250 after K200, it was only reasonable to expect K250 to be an upgraded version.

It simply isn’t. There’s nary a change to be seen.

They look so identical that and even the manufacturers can be duped into picking the wrong one!

Then why exactly are they named differently?

Well, the answer lies with the accessories included in K250.

K250 has an additional charcoal filter, along with a descaling solution and 4 sample K-cup pods. You’ll love the samples specially when you don’t have enough pods in stock!

Available in multiple colours from pearl white to violet and jade green, both K200 and K250 will definitely have a unit to match your kitchen deco.

However K200 has some additional colours such as a rare shade of turquoise. You better check them out while they’re still in stock.

On the outside, both the units can be considered to have a minimalist design with a black and white touch display.

Unlike the previous models, they’re slender and more compact - saving some much-needed counter space. After all, it’s a good sign to show that the manufacturers have listened to consumer gripes.

However, they’re approximately 14 inches tall - quite taller than the previous models.

Now you know what Keurig did to catch up with the space saved horizontally! So don’t forget to check beforehand that they won’t collide with your kitchen cabinets.

If a brewer allows you to customize your brew, then its definitely going to be an added advantage.

That’s why the strength control option, high altitude setting and the options to pour hot cocoa found in these models are highly appreciated.

If you live in a high altitude environment, then these are possibly the only affordable brewers that come with a high altitude setting. It can be chosen to lower the overall temperature of the brewing system.

If you decide to brew hot cocoa in a cold evening, you might as well end up thanking the heavens! The set up is so easy that it’ll pour you a delicious cup under a minute, simply by tapping on the screen.

Hot cocoa is one of our favourites from what comes out these machines!

You paid for those extra buttons anyway, so put them to use and customize your brew every step of the way!

We just talked about hot cocoa, but more delicious stuff is yet to come.

Both K200 and K250 allow K-cups from over 60 recognized brands and if they ain’t available, you can stick to your own ground coffee as well.

They are even compatible with K-mug, K-vue and K-carafe pods. You no longer have to think twice about serving your guests and they offer 9 brew sizes in total!

The package neither includes a carafe, nor a reusable filter. So you need to splurge a little more and purchase them separately.

The brewers in the Keurig 2.0 Plus line are made with convenience in mind for they’re super easy to use.

Some even claim that they run the machines every morning with their sleep-filled eyes closed!

Water doesn’t take longer than half a minute to heat up either, and both these machines guarantee your cup poured in not more than a minute.

The drip tray is removable, and would help you accommodate your favourite mug as long as it is not more than 7 inches in height.

The water reservoir, however, has a capacity of only 40 ounces in both models. Though removable and easy to fill, they’ll need frequent refills in a house with many coffee lovers.

The reservoirs are built with a water-level window. This would help you always keep an eye on the water level and prepare for a refill in advance.

We mentioned at the very beginning of the article that both the models are identical from the outside.

The same can be said about the inside too. Both the units use a similar pump system for the extraction of flavours from pods and coffee grounds.

Thus there’s no difference in the taste from both units - once again proving that they indeed are the same.

When you put two and two together, it’s pretty easy to draw a conclusion.

If you already have the additional accessories, such as the charcoal filters and descaling solution that are marketed with K250, then there’s really no point in paying a higher price for it the K250. You can simply choose K200.

If you don’t have them already, then we’d recommend you buy the K250 because the overall price is reasonable than purchasing them separately.